Beautiful Places To Visit In Spain

Don’t miss a beat of flamenco or curb the urge to taste the traditional paella as you travel to this exotic land of celebrations and “fiestas".

Spain cherishes and treasures its heirlooms which have stood sturdy with passage of time and have laid a stronger foundation for the present and a romantic getaway for blushing couples in love.Spain lies snuggled on the Iberian Peninsula in southwest Europe with Portugal as its neighbour in the west and France in north. The Mediterranean weather conditions give way to coastlines, alluring scenery and nights filled with joviality. Barcelona tops the list of attractions with the historic Sagrada Familia Church which was left incomplete by its designer Gaudi or promenade down the tree lined La Rambla. Visit Granada and witness the Andalusian Alambra and Nasrid Palaces. Don’t miss a beat of flamenco or curb the urge to taste the traditional paella as you travel to this exotic land of celebrations and “fiestas" . So “Hola’ and greet with "Mucho Gusto" in the land of bullfights, matadors and football clubs.

Well -situated in Granada Andalusia Spain is Alhambra which happens to be a fortress complex renowned for Moorish and Spanish Renaissance building designs. Alhambra and Nasrid Palaces tickets are dazzling examples of grandeur. The Nasrid Palace embodies three main palaces namely Palacio del Mexuar,Palacio Comares and Palacio de los Leones.Mexuar was used for vital hearings and reunions where the ruler sat on an elevated stand and delivered justice.The Comares Palace was the official residence of the kings was embellished in Muslim way and the Palace of Leones or Lion functioned as the private area of Nasrid Palace as the harem was located here. The Palace of the Lions has paintings and gold motifs with Christian origin.The Golden Room is also one of the highlights of the palace as the ceiling was painted in gold by Catholic Kings giving it an ambience of lavishness.The Mirador de Daraxa gives the sublime view of the garden and Granada as well.

Hold on tight to those Sagrada Familia Tickets as you visit the brainchild of the Catalan architect Antoni Gaudi which is now honoured as an UNESCO World Heritage Site.The holy basilica of Barcelona is incomplete and was never meant to be a cathedral .The hallmark of the cathedral is it combines elements of Art Nouveau ,Catalan Modernism and late Spanish Gothic designs . The main features of the building are the three facades including the Nativity facade Glory facade and Passion facade ,staggering towers, aisles and museum.The Nativity facade was designed by Gaudi to symbolise Jesus gracing the planet by taking birth .The facade is embellished with animal motifs and three entrance gates symbolising Faith, Tree of life and Charity.The Glory facade is the core and the incomplete section of Sagrada Familia and symbolises the glory of the Lord ,death and final judgement. With bell towers dedicated to St Andr, St Peter and Paul .The Passion facade is carved with bare stones with 18 bones shaped structure which reach pinnacle with a cross and a thorn crown.Divided into three levels of Jesus ‘s life Last Night before crucifixion ,the Cavalry of Christ and Death and Resurrection of Christ.

In addition to Alhambra and Nasrid Palaces are the Gothic Quarters.The spellbinding Gothic Quarter or Barri Gotic has narrow gauged streets of the Middle Ages which are laced with museums,churches, clubs, Catalan restaurants ,small alleyways to patios and fountains.Catedral de Barcelona stands tall in Gothic Quarters encompassed  by a labyrinth of narrow lanes ,garnered with an arched doorway spires and buttresses. In tandem with the medieval architecture of times is the Palau Reial Major which lies on the southern side of the Gothic Quarters .The Museum of Chocolate built by Barcelona’s Confectioner’s Guild is dedicated to history and art of chocolate and a cafe which has a sumptuous menu of delicacies to try from.Enjoy a walk tour and get enchanted by unheard fables of the Gothic Quarters to August’s Temple ,the cathedral cloister and Palatine chapel of Santa Agata.Take a sip of beer at Els Quatre Gats is a neo Gothic “ cerversia (beer bar)”  decorated with tiles, wooden fittings and geometric brickwork.As day proceeds towards night enjoy  Spain’s passionate song and dance before you taste the local spread of classic tapas.

As you book those Sagrada Familia Tickets visit the Park Guell, another masterpiece of Antonio Gaudi.Covering an area of seventeen hectares with Sierra de Collserola in the neighbourhood. The park is named after Eusebi Guell, a renowned entrepreneur and was also a huge admirer of Gaudi’s work and patron. Park Guell has a peculiar style of Trencadis which is a mosaic fabricated by small pieces of ceramic. Located on Carmel Hill Barcelona is a UNESCO World Heritage Site is full of colours, greenery and mind captivating architecture .It takes around two hours to tour the major attractions of the park. One of the main attraction is the Serpentine Bench built by mosaic tiles which is artistic as well as functional ,”El Drac “ or  the dragon is a mosaic salamander which resides at the gates of the park is symbol of Barcelona .The Austria Gardens were planned to build 60 villas but has now become a nursery of plants.More attractions include the Hypostyle Room with four circular ceiling lamps  one each for the seasons of the year.

The next location after the Alhambra and Nasrid Palaces is Casa Mila which is also known as La Pedrera or “The Stone Quarry”.This is a famous Antoni Gaudi’s creation which is functional as well as innovative.The building has nine levels with basement ,ground floor mezzanine ,four upper floors and an attic. The roof has the world renowned sculpture terrace and it also has skylights ,emergency stairs and chimneys. The Casa Mila has three sections: the street facade covering the ground floor, the main facade including main and upper floor and the roof which has a roof garden.Sculpted from limestone with curvaceous mass which gives the building its aesthetic form.Wait for the night tour where you take a guided tour of the museum and know about the intricacies about the development of the building and end the day with an audio visual light show on the roof.

This is a walkway situated in central Barcelona which stretches for about 1.2 kms and connects the Placa de Catalunya at its core with the Christopher Colombus monument at Port Vell.It is a  tree lined confluence between the neighbouring Barri Gotic to the east and the El Raval  to the west .Visit the famous La Boqueria market which has the iron structure of Sant Antoni. This is Europe’s biggest food market with blaring noises of shoppers and visitors jammed into one place.La Ramblas de les Flors has lived up to its centuries old name with same glory in the present times as the flower sellers have become quintessential by adding the much needed vibrance of colours and fragrance.It is also famous for street performances which  includes human statues. Enjoy  a musical evening at the Liceu Opera House with an auditorium of 2,292 seats and golf leaf embellished carvings. The Canaletes fountain at the top of La Rambla gives a dream-like look to your vacation. 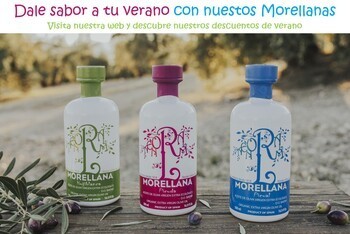